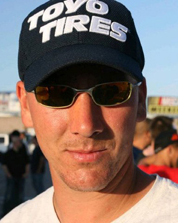 Looking back to our youth, a lot of us never thought that we would find ourselves driving a car on a NASCAR roval course, yet we do. Some of us never imagined gutting a beloved street car, but did. Others never thought they would configure their annual spending to accommodate tires, suspension parts, fuel, and track fees. Seeing a trend? I think there comes a time when we should all step back and look at what we do and have done in this sport, and take note how lucky we are to be involved. For this edition of Who’s Who I selected someone most of you may know already .The attention given here is well deserved with his longstanding involvement and support within the NASA community.

Jeremy had spent much of his youth in Boise Idaho, later moving to Alaska during his teen years. Once graduated from High School he left the cold of the north and found himself living in an inverted climate of Arizona. Here he continues to reside with his wife Angie, a lab named Lily, three cats, and (I quote) “a big ass fish”. That’s no fish story! Okay, very bad joke…moving on. 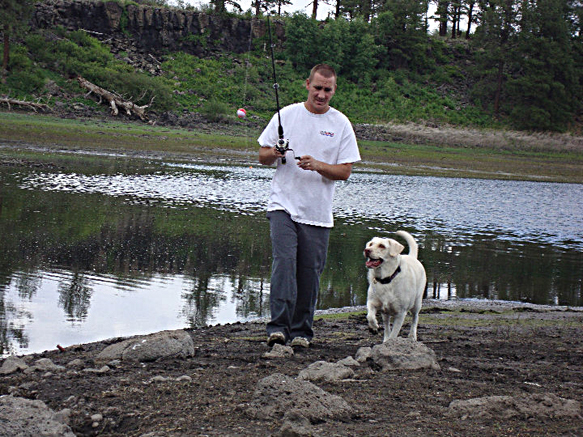 Many drivers have climbed up the racing ladder by participating in one or multiple motorsports genres over their years of driving. Having lived in Arizona for nearly 10 years, Jeremy Renshaw did a little bit of it all. Starting with Autocross, he later discovered NASA and commenced his participation through HPDE track days. The action on the road course really appealed to Jeremy, and eventually became encouraged to purchase his first dedicated track car; a 1991 Nissan 240SX. From that point forward, he was hooked. The racing bug bit, and bit hard. There was no going back. 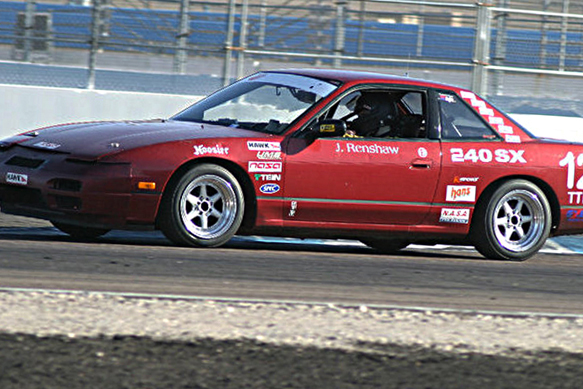 Nearly everyone in motorsports has heard the saying, if you want to make a million dollars in racing, you’ll need to start with two-million. It doesn’t take long for drivers to realize that funding is critical to survival on-track. From the cars themselves, to safety gear and regular consumables, it all costs quite a bit of money. Jeremy soon found himself running multiple track events per month, eventually taking on a second job to help cover track expenses. At this point it was evident that the racing bug bite became infectious.

For those of you who have been around the Arizona racing scene long enough, you might remember a time when Club Racing AZ was in existence. In addition to road course sessions, this organization formulated a Drift run group. With Jeremy regularly running drift events at Firebird International Raceway and Tucson Raceway Park, his dedication to the sport eventually led him to be in charge of the drift portion of the Club Racing AZ. While popularity of the group was certainly niche, it eventually became too small to warrant their own run group and was consequently canceled. Today however, Jeremy continues his leadership role as Time Trial Director for what is currently called NASA-AZ.

Jeremy had spent several years working his way up the HPDE ladder, eventually settling into Time Trial. It was only a few years in when Jeremy began to show interest in racing, which is often the progression for drivers in the TT program. While Jeremy currently focuses on Race Group, he continues his participation in Time Trial maintaining regional points and the opportunity to shake out a few quick laps without race traffic. 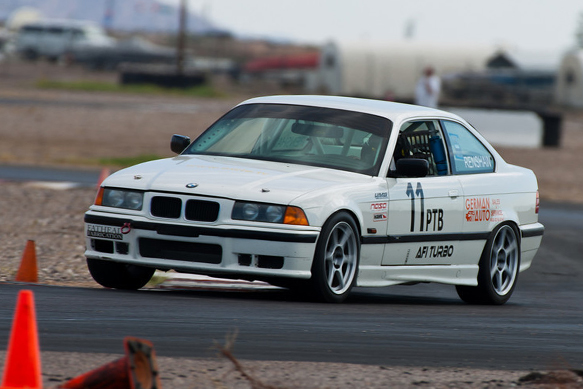 Last year Jeremy was asked by AFI Turbo to drive their Time Attack S2000 in the Redline Time Attack series and Super Lap Battle. Whenever possible he has continued to drive the S2000 a long with his newest racing build; a BMW M3 which was finished last winter. For Jeremy, switching from the 240SX to the M3 was a no brainer. The design, power and reliability of the E36 BMW are renown, not to mention the fact the chassis has been raced world wide for 20-years. It makes sense why this car is a popular platform to race in; the research has been done and performance parts are abundant. Jeremy continues to build his driving resume running with NASA-AZ, NASA-SoCal, Redline Time Attack, Super Lap Battle, and Porsche Club as often as possible. 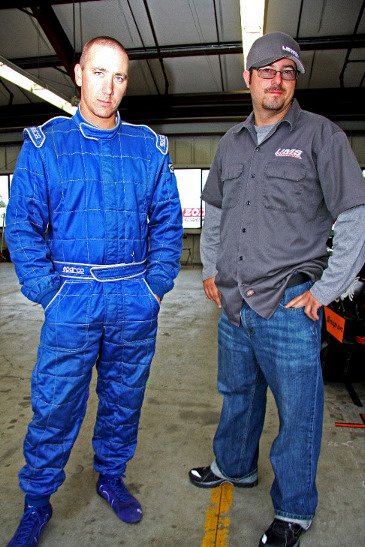 Like many drivers, much of Jeremy’s life revolves around the track with little time for other hobbies. The thrill of driving at speed, preparing the car, pushing it to the limit and the social camaraderie are all reasons he finds himself intertwined in the NASA-AZ community. It is a lifestyle for many, Jeremy included, a choice that most drivers can relate to.

Many participants bring the family to the track to share the fun and excitement with those who are closest. Jeremy’s wife Angie is no exception. In fact, she can be found helping Jeremy at the track throughout the season. In the years Jeremy has developed as a driver, Angie has expressed moments of worry. Well, maybe a little more than a few moments.

“She worries a lot… then up’s my life insurance policy again.” Jeremy explained, when I asked how Angie feels when he races at the track. “It’s changed about 4 times in the last 6-years actually.”

Could these life insurance policy changes be caused by endless variations of on-track excitement? For example, the time Jeremy ran off track at Willow Springs in turn 8, going 140mph… sideways? While Jeremy’s joy on track is a source of Angie’s worry, her willingness to support her husband along the way is what makes these two a great pair.

“Without the support of my wife, I would not be where I am at today. She helps me in every way. In the garage helping with motor swaps, bleeding brakes, tire changes. She is at almost every event helping with refueling, air pressure checks, and parts runs for myself and others.”

I inquired what Jeremy wanted to do in the future with his racing, or other activities for that matter. His answers are loud and clear that this man is a true driver at heart who loves the sport. “My long term goals are to be doing what I am doing now, but with the winning Power Ball ticket,” explains Jeremy. In chuckle he later adds… “Okay, I want to be a business owner someday, but will always be a driver first.”

Power-ball or not, I think it is safe to say that Jeremy is here to stay in the NASA community. He proves that dedicated racers add greatly to what NASA has to offer by ways of leadership, camaraderie, sportsmanship, and good driving.

So next time you see Jeremy at the track give him a friendly shout, and be sure to
ask about his “Big Ass Fish”.

Article written by Geri A. Amani.