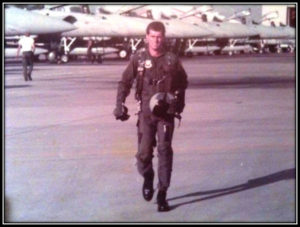 Phil was born in Swindon, England and grew up in a military family stationed all over Europe.  Phil then joined the Air Force as an F-15 aircraft mechanic.  His career in the Air Force took him and his family to Iceland and Okinawa, Japan, among other assignments.  Japan was definitely the family’s favorite assignment. After a 6-year tour in Japan the Robles family was transferred to Luke AFB, AZ where Phil retired from the military. Phil now works for the Government as a QA Specialist on the Boeing Longbow Apache AH-64 program.

Phil enjoys driving with NASA because of the well-structured organization that, “allows you to go as far as you want to fulfill your motorsports addiction.” Phil doesn’t plan on slowing down one bit.  In fact, he plans on fulfilling his motorsports addiction by continuing to improve his car and driving skills.

Phil enjoys the racing scene so much that he makes it a family affair.  Phil’s son, Jesse has always enjoyed cars but never really got into racing until he made the trip with his Dad to a NASA AZ Inde Motorsports Ranch event in 2011. Phil let Jesse drive his car out on track and ever since then Jesse was hooked on driving, starting the Father/Son duo.

Jesse was born in Tucson, AZ, but as an Air Force dependant Jesse got to move around and live in different places. While the Robles family was stationed in Japan, Jesse learned to drive in his Dad’s Mini Cooper.  Jesse later would hit the streets of Japan to participate or watch the local drift shows. Jesse and his friend Ross Petty (who is now a pro drifter) used to drift Ross’ mom’s van around for fun. After moving back to the States, Jesse started racing bicycles and now holds a USAC Category 2 license. Jesse has won several of Arizona’s major cycling races, including the 84 mile El Tour de Tucson (twice!), and the Valley of the Sun stage race.  Cycling is also a sport Phil and Jesse share–Phil was on a military cycling team in Okinawa and also ran for the Air Force in marathons in Iceland and Japan.

After getting bitten by the racing bug Jesse started his quick rise though the HPDE ranks.  Jesse first drove his current car (which he borrowed from Nolan to compete in Time Attack) at the Firebird West event.  He won 1st place at the event in TA-B, and it was the first time he had driven the car!  Jesse later purchased the car from Nolan to become his dedicated track car. Jesse’s future plans are to continue racing with his family, build a drift car, and compete in Master Events in cycling.

So the next time you are at a NASA AZ event be sure to say hi to the Father/Son duo Phil and Jesse Robles.

Who’s Who in NASA: Tony Szirka 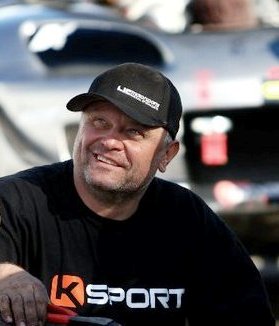 Where is your Hometown? Ligonier, PA

Tony was born in Romania “but is Hungarian” he grew up in Oradea till the age of 9 when his family moved to America. They settled down in Ligonier, Pennsylvania where Tony grew up. Shortly after his 18th birthday Tony joined the U.S. Army where he was trained as a generator mechanic (52D) and stationed in Germany with the 3rd ID 103d MI Unit. During his stay in Germany Tony met his future 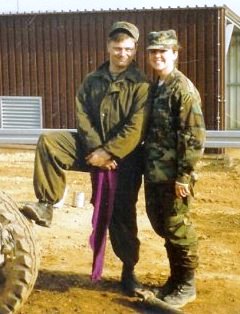 wife Shannon who was also in the Army. They both dated during their tour in Germany and before Tony’s enlistment was up he asked Shannon to marry him. She said yes of course!! Tony got out of the Army and moved back to Pennsylvania in 1993, Shannon shortly followed as she had to finish her enlistment in the Army as well. They were married that same year in Pennsylvania while Tony was attending Vale Technical Institute. A year later in November their daughter Tabitha was born and Tony graduated from college with his degree in Automotive Technics and Management. In 1995, Tony and his family moved to Prescott, AZ to be close to some of Shannon’s family and to start life somewhere new with his family. Tony worked for York Motors in Prescott as an Auto Technician while Shannon attended college to become a Nurse. Also, during this time Tony was introduced to racing by an acquaintance, Erwin Rice, who invited him out to a track day with Gemini Racing. Tony started to attend many different racing events with Hotchkis and Baer Brake at Button Willow and Firebird Raceway. In January 2001, the Szirka family’s first son was born “Ulrik” bringing the male and female balance into check.

In 2002, Shannon made a top secret trip to Phoenix for a job interview at a hospital for a surgery nurse position. She got the job and on the way back she stopped by the Volkswagen dealership and picked her out a new Jetta to drive back to tell everyone “to pack up we’re moving”. They moved to Mesa where Tony started working for Mode INC. running the engine dyno, building custom wiring harnesses and engines for Porsches. Tony, happy to be in the performance part of the automotive industry, decided in 2004 he would open up his own performance shop. So in August 2004, UMS Tuning was born. For those of you that don’t know UMS Tuning is named after Tony’s son Ulrik, they are the initials of his full name. With his own shop up and running Tony wanted to get back into racing so in 2006 he started running in NASA AZ with his 2003 Mitsubishi Evolution. Tony has worked his way up through the HPDE ranks and in 2010 he started running Time Trial. During this time Tony competed at Super Lap Battle from 2008 to present, Modified Tuner Shootout from 2009 to present, and Global Time Attack in 2011. Some of Tony’s most memorable experiences in racing happened this year while running with GTA. He was their Race Steward which gave him the opportunity to race at different race tracks to include, New Jersey Motorsports Park and Autobahn Country Club. When Tony isn’t busy running the shop or racing you might find him at the karting track, riding his BMX bike or just relaxing at home with his family and pets. Well that’s a wrap for Tony “Sriracha” Szirka be sure you say ‘Hi’ next time you see him if not he might fail your car at Tech as he is a NASA AZ Tech Official.

Who’s Who in NASA: Leroy Moore 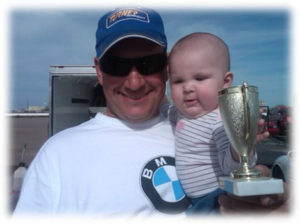 Where is your Hometown? Phoenix

Favorite Food: Everything that is bad for me.

Favorite Music: Anything with a good beat that I can understand.

Leroy grew up around fast cars, motorcycles and having a dad that was a big time hot rodder. With all this in his life he couldn’t resist the urge to go fast. He stared out racing motorcycles as a kid and continued to race them into his 30’s. In 1987 Leroy wanted to try his luck at the dirt track so he took out his 1977 M 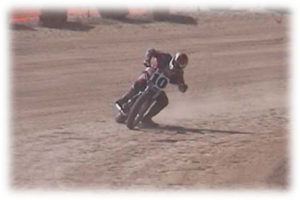 onte Carlo, which sparked his interest to get into track racing. After running a few dirt track events, Leroy went back to racing bikes where he competed in the Whiplash Off-Road Motorcycle Race in 2001. From 2001-2004 he competed in several flat track racing events as well as motorcycle trial events. In 2005 Leroy opened up Flatout Motorsports after working for a local glass company that did glass work for different BMW dealerships. Working for the glass company is how Leroy met a salesman by the name of Karl Muick, who was in need of having a roll cage installed in his E46. Leroy took the job on and also started attending local track events with Karl. This is where Leroy found more people in need of having work done to their cars, which in turn, how Flatout Motorsports was started. After building up several race cars and working track side support for many satisfied customers, Leroy wanted to get back into the racing game. Leroy picked a BMW E30 to build for his track star. After going through the car and getting it race prepped for PTC Race Group, he debuted the car May of this year at a NASA AZ event with a new mean green paint job. Leroy chooses to run with NASA because of the ability to run with different nationwide NASA Regions and also the chance to compete in NASA Nationals Championship events.

Leroy also has a dedicated pit crew: his loving family. They are his wife of 20 years Shirette, 3 children Andrew-23, Audra-22, Adrian-21, a son-in-law Adam, and a beautiful granddaughter Alexus-11mon. Leroy’s family has been very involved and supportive of his racing. They have attended several events with him, even when he was not racing, they were there as track support for customers. Leroy said, “I could not have done it without them! It has brought me a lot of joy having them by my side.” When Leroy isn’t on track he enjoys spending time with his family or hitting up the slopes for a little snow skiing. So, if you guys see the little mean green E30 in the pits stop by and say “hi” to Leroy and his family at the track or if your ever in Tempe stop by the shop. Flatout Motorsports, 2141 S. Industrial Ave. Ste 102, Tempe, AZ 85282 you can also checkout their website at www.602flatout.com

Photo by Doug Hughes from www.waypast210.com