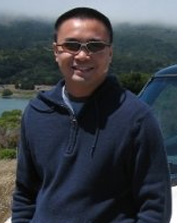 We’ve all seen him on the track, in the downloads, and helping his fellow drivers in the paddock. He’s a long-term NASA worker, has history in the local Honda community, and is a friend to many. Yep you guessed it, I’m talking about Mervin Tan. For a lot of new drivers, Mervin might have been introduced to you as you began driving in HPDE.  In my case specifically, I met Mervin several years ago at PIR when I was curious enough to “check out the track” and see what NASA was all about. Upbeat, extremely personable and enthusiastic about the sport, Mervin made it easy for me to want to join NASA.  We all know Mervin as one of our driving instructors and HPDE group leaders, but lets take a closer look and find out what makes Mervin tick.
Originally from the metropolis of Singapore, Mervin came to the US for higher education in the small town of Flagstaff, Arizona. Attending Northern Arizona University was Mervin’s first venture leaving his home country (not even on vacation), so needless to say it took a little bit of adjusting to the dramatic differences in American culture. He has since remained in the US and has been a long term resident of Arizona for over 17 years.

Believe it or not, Mervin wasn’t always into cars. As a child he was a huge fan of Top Gun and wanted to be a fighter pilot. I think it’s safe to say his career ended up far from what he originally wanted to do, but the speed-aspect of racing on track is a close alternative. Safely performing engineering duties in his career, it wasn’t until he overheard a co-worker talking about driving his NSX at the race track that Mervin had any interest in driving fast on 4-wheels.

Mervin had just started reading an internet blog called NSXFiles.com; a website that contains stories of one driver’s exploits with his ’91 NSX on the track. In disbelief that anyone would beat up an $80K supercar, he was encouraged to ask his co-worker if he knew the author of the blog. In this big-small world of motorsports, his co-worker did. Mervin was soon invited out to the track the following weekend and was given a ride in that same NSX. Mervin was hooked and dove right in, learning all he could about performance upgrades that made for better handling and more speed. By this point it was too late… the racing-drug had long been injected into his system and there was no going back!

In 2001 Mervin became a NASA member, running his first HPDE1 event at Firebird West. He drove his 1994 Acura Integra LS with each wheel rolling a different tire brand. Come on, don’t laugh, we’ve all done it! Needless to say the car suffered from much understeer and squealed like something awful. Mervin didn’t care. He was having fun…and lots of it!  He continued to sign up for every event he could, meeting a great network of friends, becoming more and more integrated into the NASA-AZ community. It wasn’t long before he was invited to instruct new participants, and has been helping fellow drivers ever since.

It’s clear that Mervin truly enjoys helping students improve their driving, regardless of driver level. “I learn something new every time I hit the track,” says Mervin. “I try to impart my knowledge to everyone I instruct.” That he does, and he does it well. Many will agree that he can help the newest of drivers feel comfortable in their cars, while offering the right kind of feedback that both educates and motivates them. 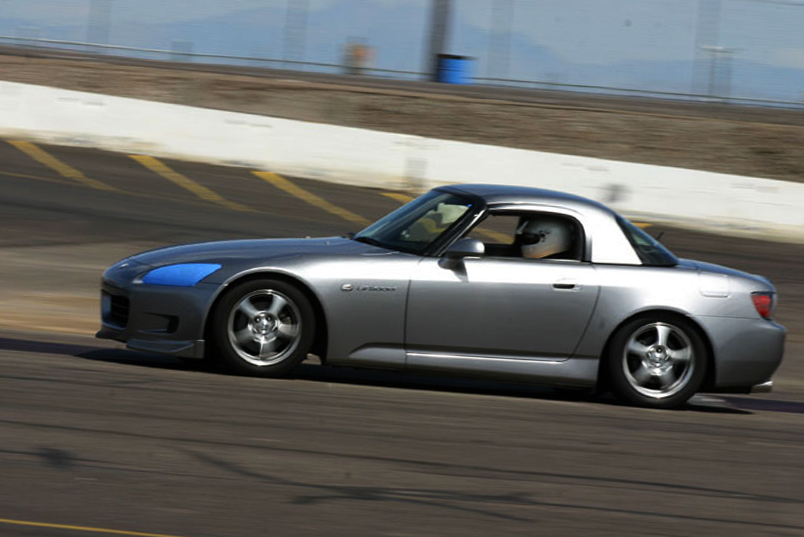 As Mervin continued his work with NASA, he eventually upgraded to a 1998 Acura Integra Type-R, otherwise known as the much coveted “R” model in the Honda/Acura world. While he drove the wheels off the Type-R, Mervin set his sights on a Honda S2000 and drove that car for 4-years. He found himself involved with the close network of “Honda guys” who often pitted together as FWD friends; driving together and racing together. 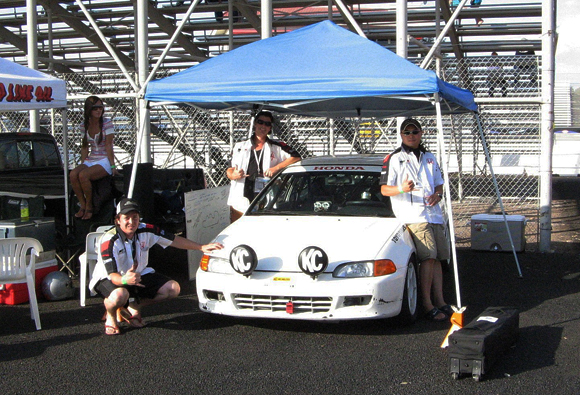 Like a lot of drivers who run with NASA long enough, they eventually get the itch to race. For Mervin, this was satisfied by running the infamous night-time enduro with fellow drivers Jeff and Dan Sturla in 2007. The night race proved to be one of Mervin’s most favorite racing memories. After 10 practice laps in the daylight, he was set to take the race start…at night. “Talk about an adrenaline rush when the green flag dropped.” Mervin explained. ”Even though we blew the engine at the very last lap, it was the most fun I had in a race.”

Ladies and gentlemen, this is an example of why we race. It’s the challenge, excitement, and fun to be had with some of your best friends at the track. Even when there are mechanical troubles, our community of drivers help bring back a running car with a little shared effort in the garage. 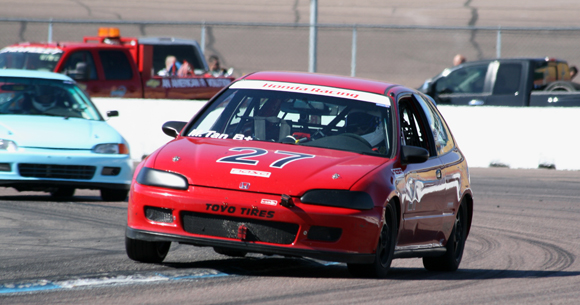 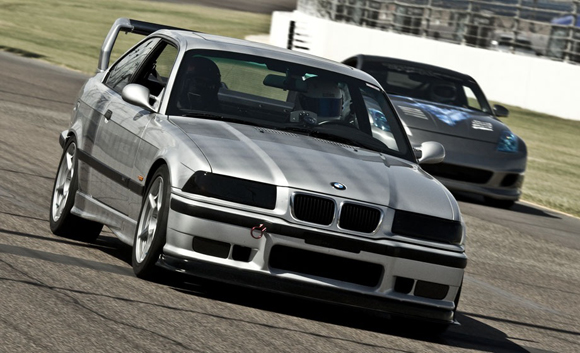 As it is for a lot of drivers, their tastes and preferences change as they continue to compete. It wasn’t long before Mervin sold his S2000 to purchase a tow vehicle and a Honda Challenge race car, otherwise known as the #27 Honda Challenge PTC Civic. While he had some great races in this PTC car, he decided to move back into Time Trials, and drive something a little different; a BMW E36 M3. Okay, this was a lot different. But for Mervin, going from FWD to this RWD car seemed to be a logical choice. The car adds diversity to his driving portfolio, yet is neutral and manageable to drive at the limit.

When you sit down with Mervin and “talk cars” you quickly notice that he truly appreciates technical innovations that are born from racing and then introduced into vehicles otherwise considered as “race cars for the street”.  Among some of his favourites include the E30 M3, Ariel Atom, McLaren F1, Porsche GT3 RS, and the Nissan GTR. Organizations like NASA make it fun to follow what manufacturers come out with by watching the cars perform on the track.  One weekend in particular was memorable for many, especially Mervin, where a rare exotic was spotted running with NASA. “I remember seeing a McLaren F1 at a NASA event.” he explains. ” It was at PIR several years ago…I never forgot that track event!” Speaking of memories, for those of you who remember Mervin ran the license place “THECHEZ” on his PTC Honda Challenge car. To explain some of the history behind this name, there is something many of you may not know about Mervin…his nickname. I’m not talking about Merv, The Merv, Mr. Merv, Mervin McMervster, or any other variation of “Mervin” you can come up with. He was called, “The Chez”. With a unique nickname like this, lets take a look at what brought this to be.
Back in Mervin’s S2000 days he would participate in an annual caravan up to Pahrump, Nevada for a private NSX track event. On this particular trip he arrived at the hotel earlier than the rest of the group, so he proceeded to check-in under his full name, Chezurn Mervin Tan. Planning to share rooms, when the remainder of the caravan arrived and asked if Mervin had checked-in for them. The receptionist paused and shook his head with a rather puzzled look on his face. “No I don’t think so.” he noted, obviously not recognizing the name nor finding it in his records.  After moments of chatter and wondering where Mervin had gone, the group came back in front of the desk and asked “Hey, did a Asian guy check in?” The receptionist quickly came back with… ”Oh yes! The Chez!”
From then on the name stuck. He has since kept the essence of his unique name on his license plate (THECHEZ), even after he and the Civic parted ways. So there it sits, bolted on his truck today.
On and off track, Mervin has been a devoted friend to many and demonstrates the same honorable values from his closest role model…his father. “He instilled in me the values I follow today. Always treat others the way you would like to be treated. He was the one who pushed me to strive for the best, and gave me to the resources to do it. If it weren’t for him, I wouldn’t be in Arizona today.” Mervin explained. “Sadly he also taught me that life is short when he passed away 6 years ago, before I was able to give him a ride on track. I think he would’ve liked it. I hope to involve my son in our sport early on, so we can spend that father-son time together as I would’ve liked to with my dad.” 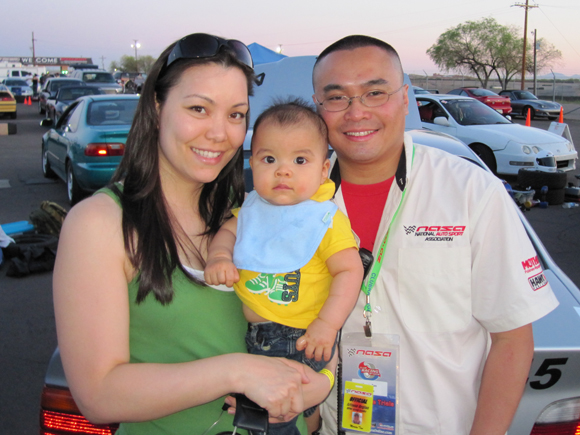 Mervin with his wife Koren and Son Aiden

Mervin is clearly a family guy. No, not like the TV show…so get that out of your heads! He has a lovely wife named Koren and 16-month old son named Aiden. Before the birth of his son, he and Koren would travel the world together to see the sights and experience various cultures. However, back home in Arizona, it is clear that Mervin’s family has been endlessly supportive of his racing, especially his wife. “I can’t thank her enough for letting me spend whole weekends at the track.” Mervin explained. “She stays home with the little one, and has been very supportive of the sport even before our son was born. She was my then girlfriend when I started my DE1 back in 2001, and has allowed me to do this for almost 10 years! I’d say she’s a keeper, wouldn’t you?”

With camaraderie from the track and support from his family, I expect to see Mervin racing with us for many years to come…maybe someday with his son Aiden. “Hopefully, my son will be just as into it as me…” Says Mervin. “I definitely think it would be a great father-son thing.” You better look out folks because we don’t know what Aiden has in store for us when he starts driving.  I’ve already witnessed Mervin teaching him heel-toe techniques in the stroller!

Now that we all know a little more about Mervin, be sure to give a shout out to our friend, instructor, and HPDE 3 group leader… The Chez!Article written by Geri Amani.
« 1 2 3 4