Who’s Who in NASA: Nikki Dayton 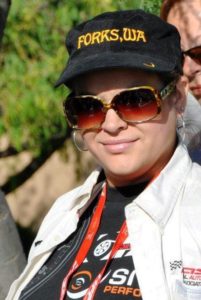 Full Name:  Corrie Sue Nicole Dayton  AKA “Nikki”, “T&A”
Where is your Hometown?  Salem, OR
How long have you lived in AZ? Since 2005
Favorite Food(s):  Italian (of course) and Mexican
Favorite Music:  Nothing particular
Occupation:  Dept Coach at Discover Financial Services
NASA Position:  NASA Timing and Scoring Official

Nikki was born and raised in Salem, OR, where she met and married her high school sweetheart, Eric of 16 years this year on July 6. Wanting to be closer to family in Arizona, they moved down from Oregon with their two kids Taylor and Austin. Nikki wanted to be a veterinarian when she was younger, resulting in her Dr. Doolittle side with all of her family’s pets: two dogs: Barkley our border collie and Roxxi our half Chihuahua and half Jack Russell, two cats: Allie and Bella, and the kids both have guinea pigs: Milo, Leia and Sophia.

In 2009, Nikki started to frequent the local NASA events to watch Eric race. After getting to know some of the fellow racers she enjoyed coming to the events. Eventually this led to her becoming involved with NASA, anyone remember her smiling face at the gate with the wavier forms? She now takes care of all the Official Timing and Scoring for every NASA event. Some of her favorite times in NASA are watching Eric and her friends racing in Honda Challenge. For now Nikki is comfortable on the sidelines and chooses not to get out on track yet. Although she has thought about it but after being on track as a passenger at various events she is happier staying off the track. I am sure that will change though. 🙂

When she’s not at work or at the track Nikki enjoys watching her kids play sports, camping, traveling, hang out with friends pool side and some good T&S Hamburgers. Future plans for Nikki and her family is to be happy and healthy, for her kids to be successful and happy in their own lives and maybe in 10 years or so have a grandbaby to spoil. 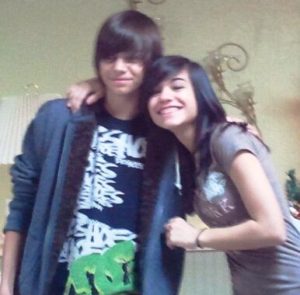 So the next time you’re looking at the time sheets after a race you will know a little more about the person behind all those numbers.