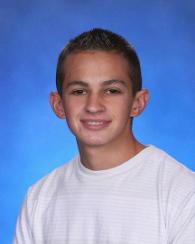 Think about your high school job from way back when.  In the case of some NASA members, you might need a calculator to figure out how long ago that was!  Maybe you delivered pizza or were a lot attendant at a local car dealership, where if you were lucky, got to beat on some poor customer’s Mercedez Benz.  While most of the junior class at Casa Grande Union High School spends their weekends bagging groceries or pressure washing parking lots, our next contestant in the Who’s Who spectacle brought to you by NASA Arizona, hangs out with the cool crowd and plays with race cars.

I know what you’re thinking – who?  What car does he drive?  Thing is, nearly everyone who has driven at a NASA event has not only seen Cory Starr, but chances are we’ve all given him thumbs up, or perhaps been singled out with the infamous furled black flag.  If you haven’t guessed it yet, Cory is one of the dedicated NASA corner workers who ensures our safety and good times on track.  After dedicating an uncountable number of days behind the concrete in turn two, Cory recently started driving in the HPDE program.  Oh, yeah, and he’s only 17 years old as well, making him one of NASA’s youngest participants.

A brief encounter with NASA Arizona legend Kyle Giannuzzi tipped Cory onto the underground world of club racing.  “I was sitting there reading a car magazine, when this guy named  Kyle walked up.  In less than 30 seconds, we were arguing about something car related.  When that was finished, he told me to check out the May night event”, Cory recalled.  Mind you, that was May 2007, making Cory only 15 years old when he worked his first NASA event!

Since then, Cory has worked his way up to become the assistant worker chief, filling in when Kyle is absent.  The years of corner working naturally progressed into entering the HPDE1 school, and then into his current run group of HPDE2.  During the interview, I gave Cory two options:  1.  Drop out of high school and devote your life to NASA like the rest of us, or 2.  Tell me about college and your plans to become a member of Congress to fight for club racing rights around the USA.  “Actually, I was thinking more along the lines of mechanical engineering.  The most interesting part of corner working is watching vehicles work – more specifically, the differences in suspension movement and dynamics.”

One Word about High School: Racial

Coolest Car in NASA AZ: You kidding?  My Car!

Right now Cory commutes from Casa Grande on the weekends to be part of NASA Arizona, both in working and driving.  His Nissan 300ZX is progressing steadily, largely due to extra help from his friend Charles at Powertrix.com and advice from participants at the NASA events.  Cory has chosen to work on upgrading his suspension system, which seems to naturally feed his appetite for mechanical systems and suspension design.  When he’s not in school or working for NASA, his hobbies include working on his car, reading about his car, thinking about Salma Hayek and planning out future modifications for his 300ZX.

What became apparent in my interview with Cory is his undeniable passion for racing, vehicles and enthusiasm being able to contribute to NASA Arizona – all things that are easy to lose sight of after a long weekend at the track.  For that reason, Cory’s presence within NASA Arizona is invaluable, and we wish him many successful years to come! 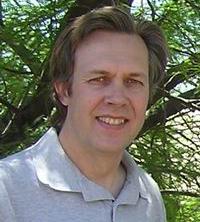 When he’s not racing: Engineer

Since it’s admission into the Union on November 2, 1889, the state of South Dakota is responsible for many contributions to the rich history of the United States:  Mount Rushmore, the Sturgis motorcycle rally, putting the Ring-Necked Pheasant on a postage stamp, and of course, NASA Time Trial driver Eric Jacobsen!  Eric moved to Arizona 25 years ago and the state of  South Dakota has been in economic decline ever since.  In Arizona as a regular driver in NASA since 2002, and fresh off a recent TTE track record in his Taurus SHO, it’s only fitting that the spotlight this month would focus on Eric.  Let’s get to know Eric a little better!

There are two kinds of people who attend NASA events:  Those who think whoever drives the orange Ford Taurus is nuts, and those who think whoever drives that orange Ford Taurus is a genius.   As a lifetime obsessor of the Ford Taurus—or should I say, since the SHO model was released in 1989—Eric Jacobsen has piloted this vehicle with pride, and managed to break a few egos and set a handful of track records along the way.  Eric started with his first Taurus SHO in 1995 when he bought a silver model off the showroom floor.  After attending various autocross events for several years, Eric took the jump and joined NASA in May 2002. 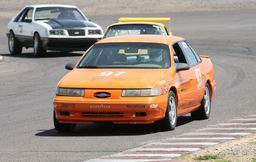 After several years of abusing his ’95 SHO on the track, Eric decided it was better to leave that car for stylin’ and profilin’ on the street, and find a suitable replacement for NASA events.  Bondurant’s famous “Ford Clearance Sale” meant Eric had the opportunity to buy a Bondurant version Taurus SHO that was already equipped with safety gear and some racing parts.  Eric’s method for choosing his particular car is pretty interesting.. “There were three of them for sale, all were automatics.  Since I was going to convert it to a manual transmission anyways, I picked the SHO with the most busted up automatic to use as negotiating power on the price.  Luckily one of them had a severe shifting problem. The rest was history!”

Eric’s interest in the SHO goes farther than the track records he holds in TT, the seven years of racing history with the car, and the unusually large knowledge of Taurus in Hollywood facts.  “Taurus enthusiasts are obsessed with RoboCop…. you know, the first motion picture to show the car!”  No Eric, we didn’t know that, but thanks for the information!  Keep in mind that his isn’t an ordinary Taurus either.  The SHO model uses an aluminum block V6 built by Yamaha that was originally created for the GN34 – Ford’s attempt at a Corvette beater that never came to fruition thanks to the declining exotic sports car market of the late 1980s.   The popularity of that engine, which at the time of release was the highest HP/Liter rating of any engine on earth, has spurred SHO clubs in Phoenix where Eric can meet up, mingle, and figure out ways to cram the 3.0L V6 into sand rails, dune buggies, various kit cars and those motorized bar stools you see flying through pit lane.

Give the bird to anyone while on track: Brady  (thanks, Eric)

Outside of the world of NASA, SHOs and motorsports, Eric works full time as an electrical engineer in the wireless communications field and resides in Scottsdale, AZ.  Since the time trial program’s inception in Arizona in 2004, Eric has been a regular driver, rarely missing a weekend.  As a result, he was season championship runner up in 2006, and has championship titles for 2007 and 2008.   Eric looks to continue his success in the TTE class for 2009, with plans to attend the National Championships at Miller Motorsports Park.

Thanks for getting to know Eric Jacobsen, car number 97, a little better!  Next time you see Eric in the paddock, quiz him by asking  just how many times the Ford Taurus has appeared in a motion picture!  🙂 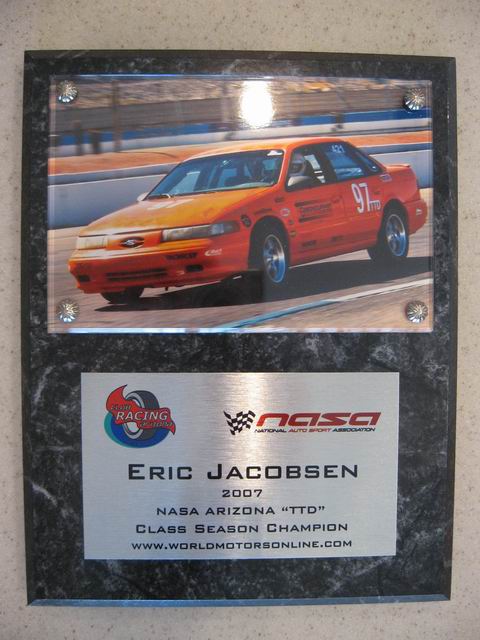